The racism train is never late!!!!

There is one simple truth that I try to never forget.....and that is that the racism train in this country is never late.

It would seem that every single time that I tend to forget that, someone steps front and center to remind me of the realities of life in this country....and the world at large for that matter.
I'll be the first person to tell you that I firmly believe in every American's right to freedom of speech. Of course, that doesn't mean that there aren't repercussions to the things that people say.  Especially when they depend upon the general public for their livelihood.

I don't know what the Los Angeles Clippers owner, Donald T. Sterling was thinking...........then again, I guess I do.  I can also say that I have an appreciation for Donald Sterling's taste in women.

What he's about to learn though is that there is a direct correlation to making racist statements like "he'd rather not have blacks go to his games" or "he'd rather not have whites that associate with blacks go to his games".......is gonna turn into a big shit sandwich that he's gonna have to take a bite of without the benefit of some cheese or ketchup.

Whats really funny is that in 2009 Donald T. Sterling was awarded the NAACPs "Humanatarian of the year award".

And then there's Cliven Davis. He was the conservative's media darling until earlier this week when he came under fire for being caught on camera making racially charged remarks about "negroes".  He said he was "just wondering" if blacks might have been better off as slaves......picking cotton, rather than sucking at the government tit.
That's an interesting thought process from someone who randomly breaks the law and doesn't pay his own debts.

Does it really matter that these two men are as old as dirt?!?
Is that a valid excuse?!?
Don't people like this realize that racism will impact their bottom line quicker than Kryptonite will kill Superman?!?
Posted by Reggie at 5:14 PM 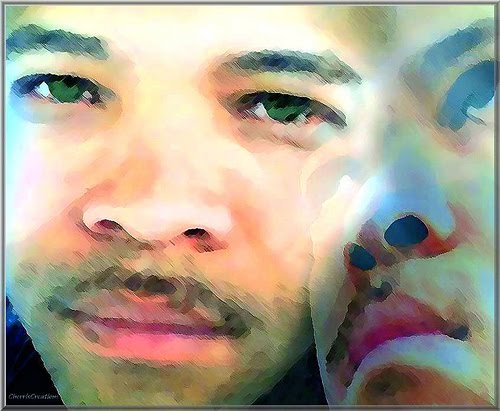